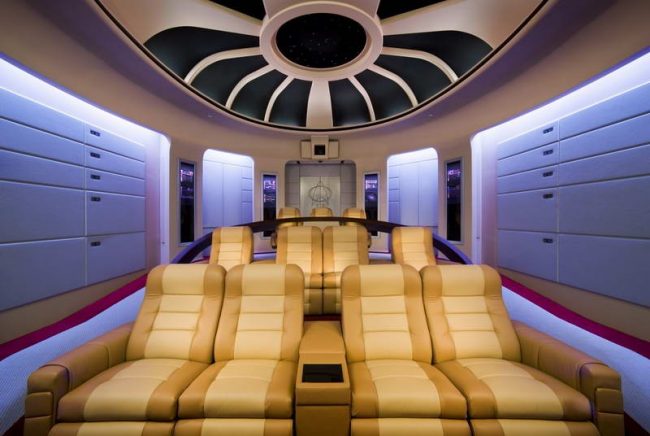 Builders looking for an extra selling point to reach LUX buyers could consider adding a touch of the owners’ personality into their home. One way to do that is to create a space that has a unique character.

Terry Cudmore of Cudmore Builders has been doing that with clients for more than a decade. While only a small percentage of his builds have these types of elements, the ones that do offer a more memorable space the owners love.

Cudmore says these rooms can become the most popular areas in a home, not only from just the homeowners, but from friends as well. And, when it’s time to resell, special features like these can be selling points to buyers with similar interests who won’t be able to find anything else like it on the market.

“If you have a basketball court, obviously you’re going to be able to draw from some of the professional athletes that can maybe be able to afford something like this,” Cudmore says. [gap height=”10″]

The planning for such rooms often starts early in the process, and is generally a collaborative effort between the builder, client and designers. And, as much as the homeowners themselves like having these custom spaces, for the builders, it’s also a way to enjoy a project more.

[incor name=”photos”]“It’s always fun to do something new,” says Cudmore. “We’re about to do a house now with an indoor tennis court, which is something I haven’t done yet, with stadium seating. So, it’s always a little more interesting when you’re involved in something like that.”

Take a look at some of the noteworthy projects Cudmore has built over the years. 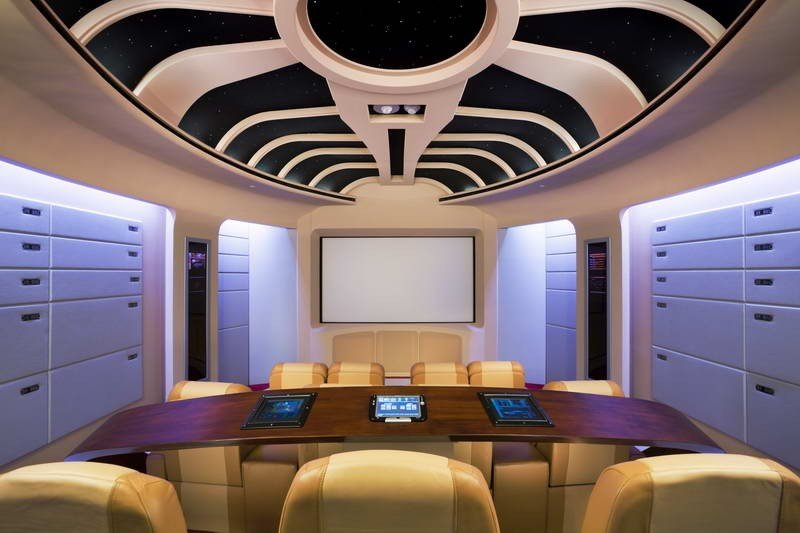 Among the higher profile of Cudmore’s themed room projects was a $1.5 million Star Trek home theater in Boca Raton, Fla. The theater was designed as a replica of the bridge of the Starship Enterprise.

The homeowner is a huge Trekkie and Cudmore says it was the client who drove the vision for the project.

The theater was built with a commercial theater-quality sound system, a Prima Cinema system that allows the homeowner to watch movies the day they are released in theaters and hydraulics under the floorboards that vibrate at appropriate points during the movies. 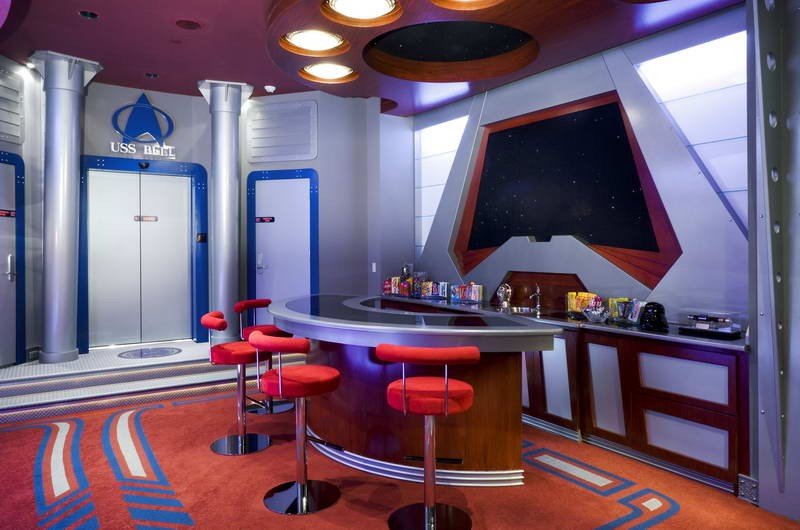 Outside the theater is another Star Trek-themed room. The ready room features a bar and a huge collection of Star Trek memorabilia. 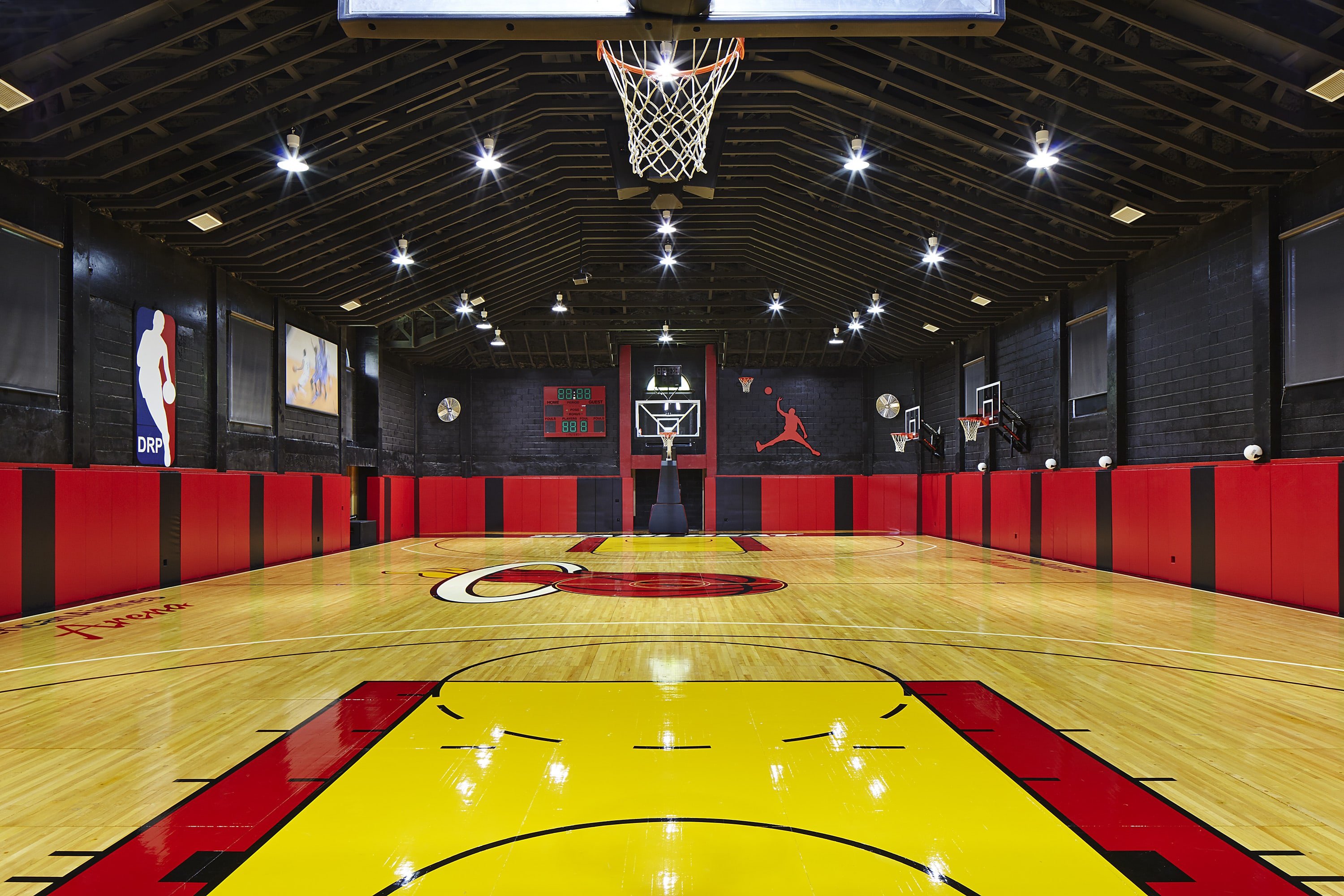 Cudmore helped a Miami Heat fan create his own NBA experience at home in 2013. The Boca Raton homeowner had an open tennis court on his property, but wanted something that would represent his favorite basketball team.

“He has a huge collection of players’ basketball shoes and things like that,” Cudmore says. “It started as a place to put those things, but then a floor became available and he bought the court.”

Cudmore turned it into a replica of the floor on which the Heat play at AmericanAirlines Arena. This home court features a scoreboard, sound system, gym and multiple televisions.

The owner is also a big fan of helping kids, and children would often come by to play on the court and use the training center along with the owner’s son. 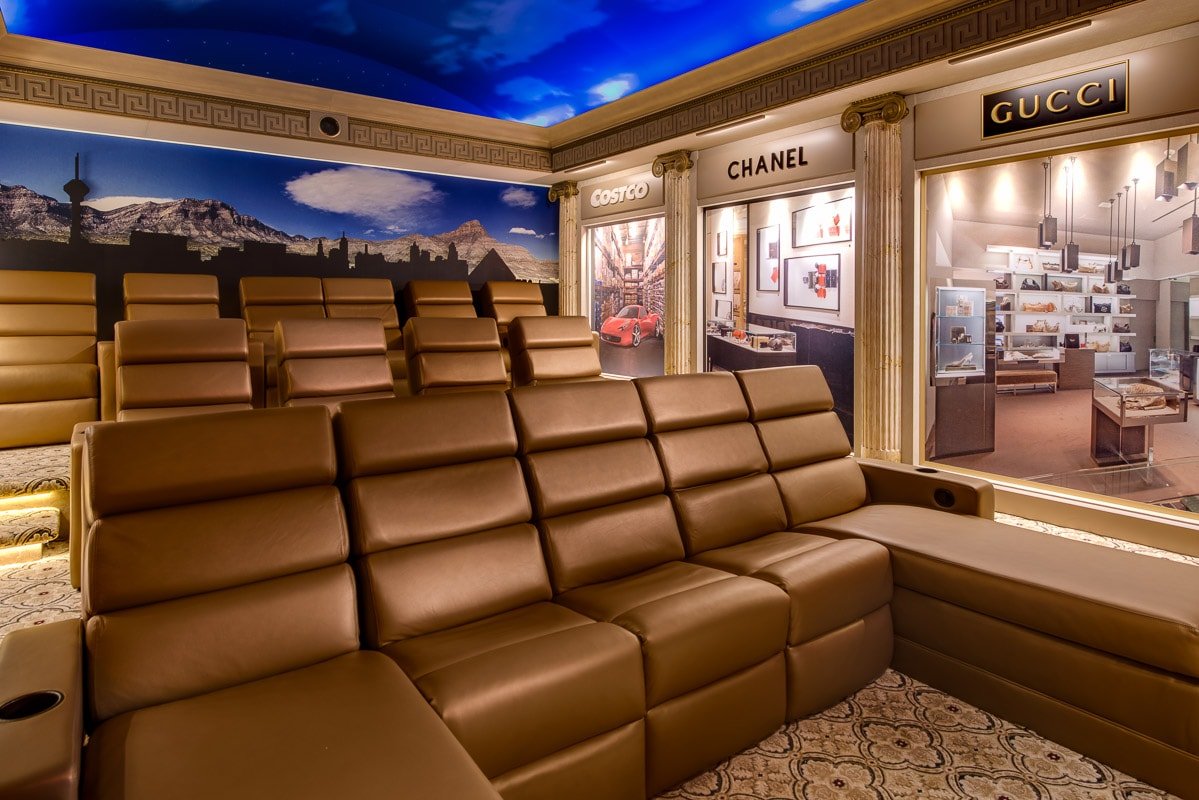 Cudmore also transformed another home theater into a Las Vegas shopping experience. For one client in Delray Beach, Fla. he built the room into one modeled after the famed Forum Shops at Caesar’s Palace. It features storefronts from retailers like Cartier, Chanel and Gucci.

This was another project Cudmore says was very client driven. They discussed several different options, but ultimately chose the Vegas theme because of the client’s love of shopping in Sin City.

“When they did the mockup of it with the entrance and everything else, that’s what really did it,” Cudmore says. “I think we had done a couple of different presentations, but that one just grabbed them.”

This theater was designed to be a bit bigger than some of the others Cudmore has built because the owners have a large family. 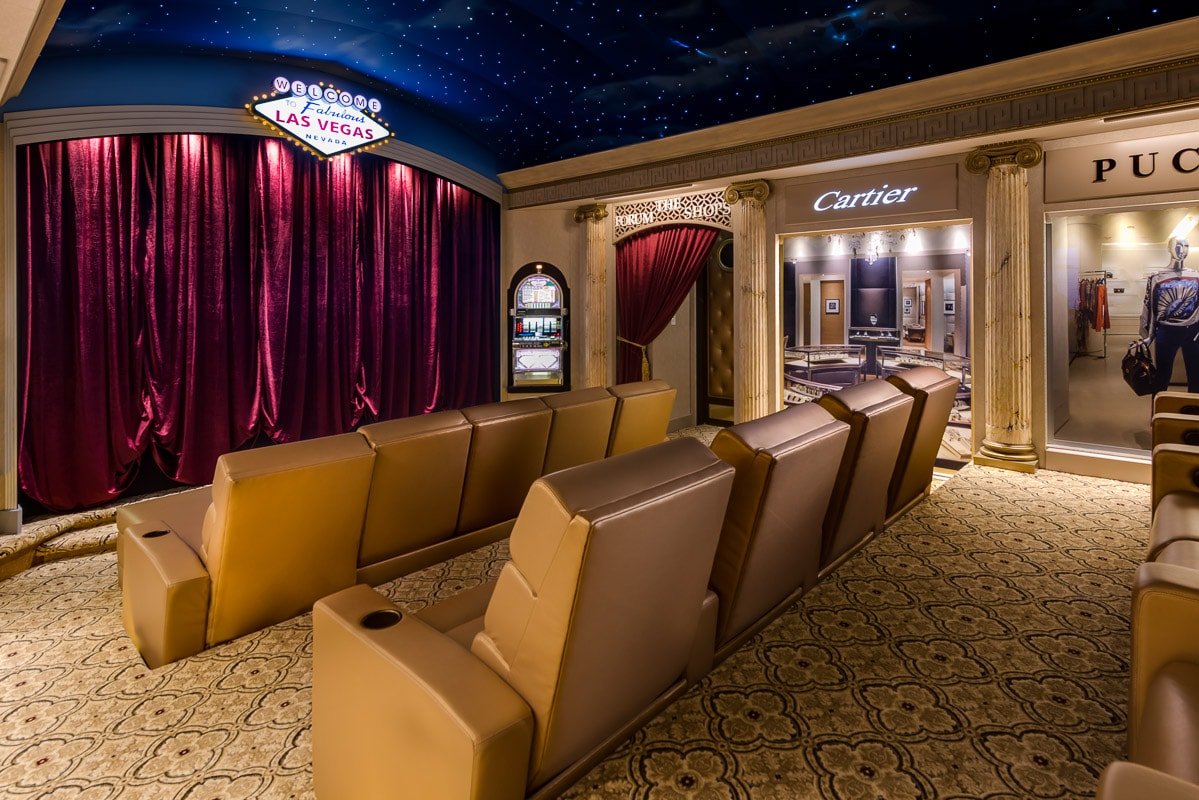 The ceiling itself is a unique element in this project. It looks like a sky and becomes darker and star-filled at night.