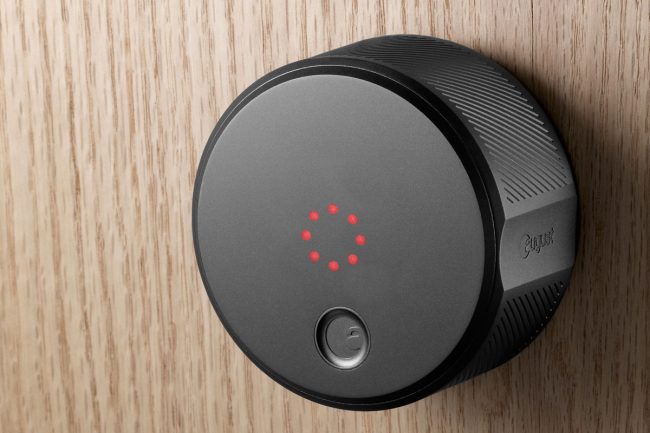 “As the first company to support all three major voice control platforms, we are giving our customers the ultimate flexibility to choose their preferred platform and device to integrate with the August Smart Lock,” says Jason Johnson, CEO of August Home.

Earlier this year, August achieved another breakthrough when it became the first smart lock to use Alexa to unlock it using voice control. Users simply ask Alexa to “unlock my door.”

It was an expanded feature from a development last year that allowed users to lock their door. But this innovation required an extra layer of protection.

“Before adding the unlock feature, we needed to be sure we could maintain our standard for security,” says Johnson. “Now users have the convenience of using Alexa to unlock their door using their voice and a secure voice PIN from anywhere in the home.”

The PIN number is a four to 12-digit code set up by the homeowner during the linking process.

Homeowners must also connect the smart lock to the internet through the August Connect Wi-Fi Bridge or the August Doorbell Cam to allow the function to work.

Currently, August’s compatibility with Google Assistant only allows homeowners to lock a door. However, Johnson says his company is working with the Google team to develop a safe and secure way to allow unlocking, as well. That feature should be available later this year.