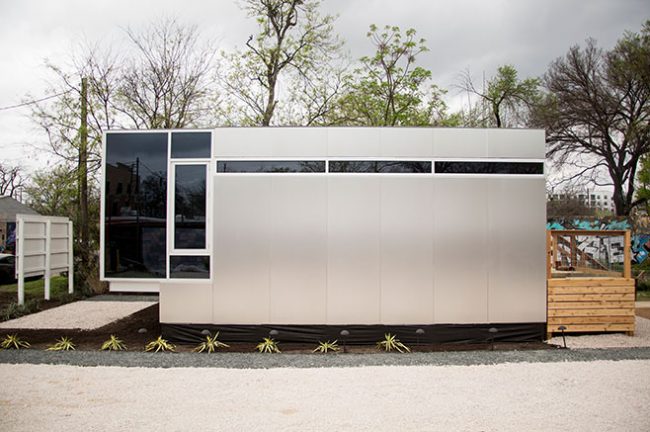 At the 2016 TecHome Builder Summit, Kasita CEO Jeff Wilson and Ori Systems CEO Hasier Larrea discussed why the tiny apartment trend will continue to grow and how tech is playing a major role.

The way people view living spaces is changing. It now has become much more about location and affordability, and the place many people want to live, Millennials especially, is in an urban environment. But, that comes with a much higher cost of living.

To offset that, an increasing number of people are willing to sacrifice square footage in their living space in order to lower their rent. And, technology is helping to make these smaller units a more comfortable living environment.

In the months since the TecHome Builder Summit, both Kasita and Ori Systems have taken major steps in bringing these products to market.

The first Kasita units will be rolling off the line this summer for a project in Texas, and Wilson has launched a tech platform to create a fully immersive experience within the apartments.

Meanwhile, in late May, Ori Systems announced the commercial launch of its first product family: the Ori Full and Ori Queen Systems, which are showcased in apartments in 10 cities across the U.S. and Canada.

Watch the video to hear more about why Wilson and Larrea say the tiny apartment trend is the next big thing in city living and how tech is helping to make it possible.