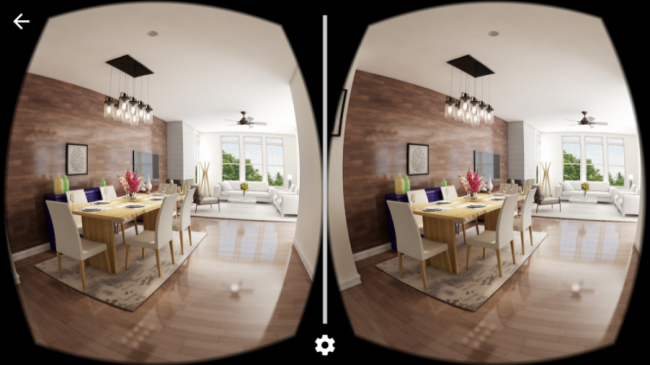 Virtual reality is a growing segment of the technology space. Yet, it still has not truly found a grip in the homebuilding world.

Biorev is hoping to change that.

The company specializes in 3D renderings and animations and has been offering those services to builders since 2010 and is now expanding its offerings with its Biorev 360 platform.

“There was a huge gap between the current technology trends and the builders that were using the technology,” says Sagar Gupta, Biorev’s EVP of design and digital marketing. “So, we tried to build a bridge and tried to bring virtual reality into the builders’ world.”

Gupta says there were three main principles that became important in getting the Biorev 360 application into existence – price, turnaround time and quality. The price had to be low enough that anyone can afford it, the design has to be ready within two weeks and the quality must compete with that of its competitors whose products may cost up to 10 times as much.

Biorev 360 is the only VR application available on web, tablet and mobile platforms and, with packages starting at just $1,800, it comes in at a fraction of the price of comparable products. It’s also unique within the building industry in that it is supported by both Apple and Android operating systems.

The company utilizes the same concept as Tesla and Toyota to make its ambitious turnaround time possible. Each segment of the design is modularized and can be customized in a different way to build a complete package.

The Biorev 360 app is getting recognized within the industry from major builders like Toll Brothers, Pulte and Lennar, but most of the projects for which the company is being encouraged to bid are just for 3D visualization.

Biorev 360 is Gupta’s dream project. He knows there is benefit for builders, but he needs it to catch on. That’s why he has decided to bring his product to the TecHome Builder Summit for the first time in December. He knows it’s a serious venue where attendees analyze companies so they can make the right decisions for their business.

“The main reason we chose the TecHome Builder Summit is the one-on-ones,” says Gupta. “And, the uninterrupted, single attention to my presentation on my services and my products for 30 minutes that I get in one boardroom meeting with all the C-Level executives of big builders is what really excites me. Those 30 minutes are mine with their undivided attention.

“At least if there are 10 C-level executives who are listening to me, who are impressed with what I have and what my company has to offer and if they just accept me into their fraternity, maybe down the line they will do business with me.”

The Biorev 360 app is available for download in both the iTunes and Google Play stores.