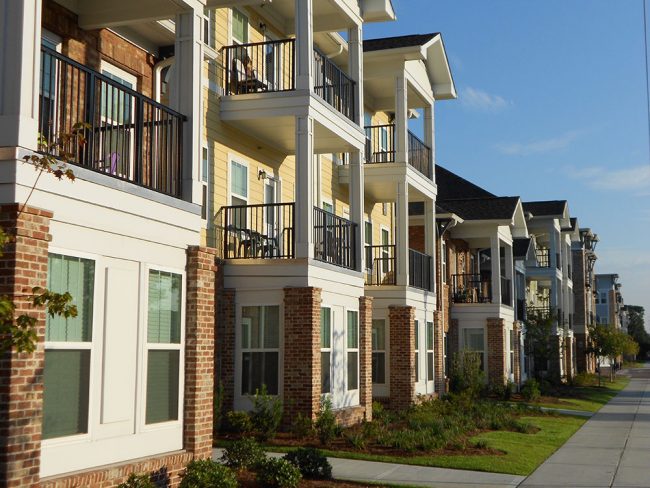 The National Association of Home Builders released its multifamily outlook for 2017 and, despite anticipating a cooling from the historic highs of a couple years ago, experts predict another strong year in the sector.

The NAHB cites vacancy rates and inflation in rents as predictors of still-robust production throughout the coming year. However, economists expect production to fall short of the 2015 peak of 395,000 units.

So, multifamily builders are preparing for what they hope will be another strong year.

Many builders agree the construction lending environment began to tighten up at the end of 2016, and that could have an impact on what happens within the industry in 2017.

Colin Edelstein, the director of NorSouth Constructs, says virtually every project that was in pipeline in the last several years turned into a commencement. But he believes the lending environment could remain tight in the coming months, which could keep some of those pipeline projects from becoming a reality.

“I’m a little more skeptical that that trend’s going to continue in ’17,” Edelstein says. “Because of the tightening of the construction lending world, I think some of those pipeline deals are going to be shelved or abandoned.”

Those effects could be felt less in some geographic areas than others. Mark Moberly, the director of development for Sunflower Development Group, says the Midwest weathers dips in the market better than the coasts, but his company will still look at all potential projects carefully.

“But, in general, we have heard that, and particularly with the multifamily market, local and national lenders are going to tighten up a little bit. They’ve got a lot of money out of the door right now in construction and still stabilizing projects.”

And, with a new presidential administration in Washington, Moberly also says he will be watching for any changes in the corporate tax rate and how those could impact pricing.

Not only is tech becoming more of a staple in multifamily projects, but those features may be a way for builders to separate themselves from their competitors this year.

“Just in the very recent past, we’re starting to see more interest and emphasis on technology options, so I’m excited to see that trend,” says Edelstein.

“And, I think that is something that will continue to evolve in the coming months, particularly if and as that trend of pipeline-to-reality slows down, then there’s only so many ways you can make your property more competitive. And, I think most people would agree that’s a way to do it.”

Moberly sees a similar impact with tech. He says his company has been chasing tech for the last few years as he’s noticed it’s become the big industry trend.

“Tech is our next luxury item,” Moberly says. “What used to be luxury is now standard. So, what is luxury going forward? We need to figure out how we separate ourselves.”

Moberly believes that now goes beyond just the hardware of an apartment unit like smart thermostats, lights and locks. He says because people are changing the way they live every part of their lives, the entire apartment community should reflect that. That means renters being able to use their phones to do things like pay rent, make maintenance requests and reserve the facility’s amenities.

Overall, multifamily builders have a largely positive expectation for what 2017 will bring, and have robust pipelines for the year.

“For us, and for me personally, I want 2017 to be a status quo year, frankly,” says Edelstein. “We kind of understand our strike zone, and our driving lane, if you will, and we want to stay in our lane in the way that we do business and the way that we serve our clients.”

Still, some are trying to find unique opportunities outside of the typical downtown markets as a way to differentiate themselves. For instance, Sunflower is looking at ways to support the workforce for major non-multifamily developments like large corporations and hospital systems.

“What we try to do is put a model together that says, okay, if we can open in two years where the market is today, we can be successful,” says Moberly. “If we have to back down off those rents because of a dip in the market, we can still make the bank payment and we can still move down the road until that dip comes back and we’re able to get back to the projected rent rate. So, we’re still optimistic. There’s still a positive outlook.”