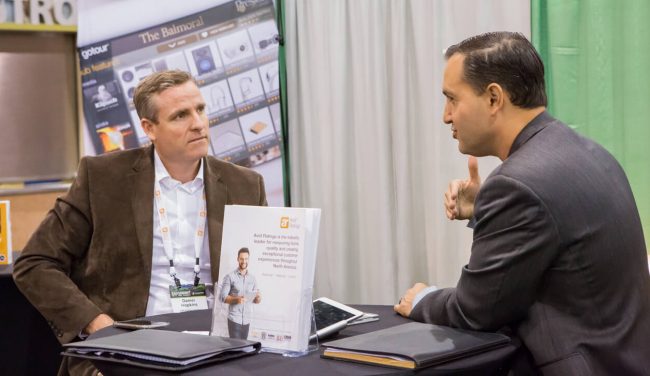 After his second year at the TecHome Builder Summit, Daniel Hopkins of Jeff Benton Homes believes now is the time for him to make a tech play.

Daniel Hopkins, VP of operations and land development for Jeff Benton Homes, attended his first TecHome Builder Summit in 2016 in Fort Worth, Texas. It was an eye-opening experience that provided him with loads of new information to take back to his office.

Over the last year, Hopkins and his team have used the knowledge he learned at the event to better develop some ideas on how their company could implement tech into their homes. Up to this point, they have not ventured far into that territory, but they know the time has come to make the leap.

“I would say we did just enough to appease not necessarily what the customer wanted, but just needed, kind of from a bare bones standpoint,” says Hopkins. “Now, we are looking forward to implementing something that the rest of the market really isn’t doing, at least in our market in Alabama. So, being able to do that moving forward, hopefully we’ll be that differentiator. And, I’m confident that implementing a lot of these things from these great sponsors is going to blow the socks off our customers.”

Hopkins says he recognizes the need to change the builder’s approach with tech because, while his customers may not be asking for it, it’s because they don’t know to. It is such a new concept in his market that homebuyers there aren’t aware of the options available to them.

That point really was driven home for Hopkins during the Keynote Address at the 2017 TecHome Builder Summit. Tim Costello, president and CEO of BDX, quoted Steve Jobs who said, “People don’t know what they want until you show it to them.”

Jeff Benton Homes now is ready to show its customers those tech options. The company just needs to figure out the best way to do that, and the Summit is helping them get there.

While in Phoenix, Ariz. for this year’s Summit, Hopkins spent his 2.5 days better understanding what he discovered a year earlier so he can better understand which route will be best for him to take. One of the ways in which he did that was through the networking with fellow builder guests also in attendance.

“The networking has been crucial because I think all of us as builders are kind of going through some of the same questions,” Hopkins says. “Being able to have some good contacts who might not be in the same market to call and bounce some ideas off of or learn from their mistakes and learn from their successes, that’s been one of the biggest benefits in my mind.”

Now, with a better grasp of his options, Hopkins will meet with others in his company to finalize a plan on the direction they will head with tech. From there, they will start reaching out to some of the vendors he met at the TecHome Builder Summit to get those products into their homes.