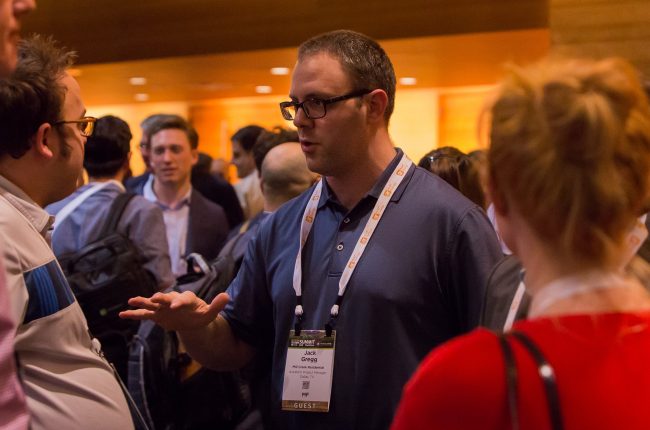 A scheduled meeting between a representative from the multifamily developer and ButterflyMX led to a partnership on two new Texas properties.

For Mill Creek Residential, the 2017 TecHome Builder Summit came at a perfect time. The developer was in the beginning stages of a couple multifamily projects in Dallas and there was the ability to include some tech.

Among the more than 100 sponsoring companies at the event was ButterflyMX – a cloud-based smartphone video intercom system which allows a seamless entry experience for visitors, tenants, owners and more for any type of property. Mill Creek assistant project director Jack Gregg recognized opportunity immediately.

“I really enjoyed my one-on-one session with ButterflyMX,” recalls Gregg. “I didn’t know about them at all before that meeting. We did the demo and I downloaded the app and he showed me how the thing works, and I was like, ‘This is really cool.’ And, I was happy to give my two cents to development back at the office.”

Gregg’s input helped the company decided to include the ButterflyMX intercom system into those two new Dallas projects – Modera Howell and Modera Midtown Dallas. The six-story Howell property will feature 190 units and will begin pre-leasing in November. The Midtown development will include 344 apartment homes, the first of which are slated to be delivered at the end of 2019.

What really appealed to Gregg about the ButterflyMX system was that there were no infrastructure changes the Mill Creek team needed to make to its buildings and there weren’t any special voltage or telecom requirements. That meant they were able to implement it along with their existing plans, making it an even easier decision to include it.

“It was really cool the joint venture partner decided to add that to the system,” Gregg says. “Normally, they do just a basic tele-entry, but they wanted to spruce up these jobs a little bit. So, it’s cool that I was able to see the product and now we’re actually going to implement it.”

It’s reasons like this that Gregg enjoys attending the TecHome Builder Summit, especially as Mill Creek looks to expand its tech play. He says it is starting to implement tech upgrade units, especially in those Dallas properties.

It’s still early in the tech implementation phase, and the company is starting with simple options like smart thermostats and upgraded appliances in VIP units. But, that likely will keep growing over time, and Gregg expects the TecHome Builder Summit to continue to play a role in that development.

“That’s one of the reason I go to the Summit,” he says. “I like to be informed about what’s out there, so I know what to implement, adapt or install. Then, when development picks something, I’m not wondering what it is or how to do it. It’s worked out really well.”