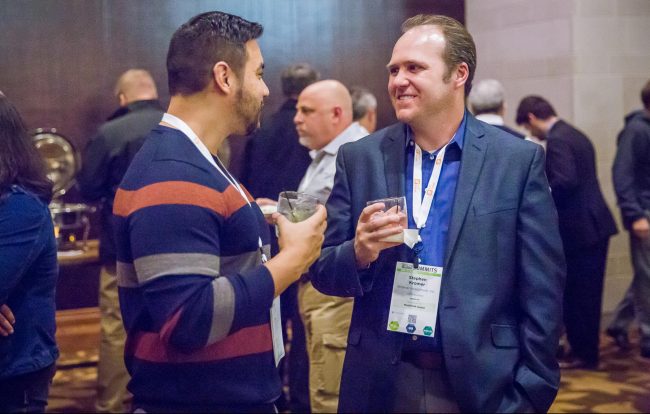 After meeting with Parakeet at the TecHome Builder Summit, Stephen Kromer decided to launch a pilot program at a new development.

Kromer Investments has been starting to add simple smart devices to its apartments in the last couple years, such as smart locks and thermostats, but only in a handful of units. Now, the time has come to take the next steps.

Key principal and minority owner Stephen Kromer attended the 2016 TecHome Builder Summit with the idea of being able to advance his company’s tech portfolio. After attending a boardroom session, he knew the direction he wanted to go.

Kromer was in Parakeet’s presentation and was impressed with the potential he saw. He also had a one-on-one meeting scheduled with the company the next day. During that conversation, they talked more about the options to work together.

After the event, the sides kept in touch, and early in the summer, an opportunity presented itself for collaboration. Kromer Investments had completed a 288-unit luxury apartment project in Reno, Nev. at the end of 2015 called the Villas at Keystone Canyon.

“It’s more of a Class A luxury, so those people have more disposable income to pay for amenities,” says Kromer.

So, at the end of the summer, Parakeet will be installing its home automation platform into 50 units. It will be a retrofit project that will entail smart locks, thermostats and light switches all connected through a Parakeet app.

“A cool thing about Parakeet is it’s just one app for the whole apartment,” Kromer says. “And, the operational side of the complex is really nice, too, because they just have a dashboard they can go in and make sure all the units are locked or unlocked, then set the thermostat remotely from the dashboard. So, that really helps on the operational side, too.”

Kromer will install the tech in some vacant apartments and will send a newsletter to existing residents to find out who is interested in the platform, as well. They will get a 60-day trial, which will give them a chance to see if they like it.  It will also allow Kromer to get a first-hand look of the system in action so he can figure out his next move going forward.

“I’m trying to get out in front of it on my own here in our market,” says Kromer. “There’s really no one else doing that stuff, so it really gives us that differentiator. It makes us stand out. And, I think as time goes on, you’ll just see more of these products being installed and they’ll become more of a necessity instead of just an option.”

Kromer anticipates the Parakeet systems to be installed in his units by mid-September.