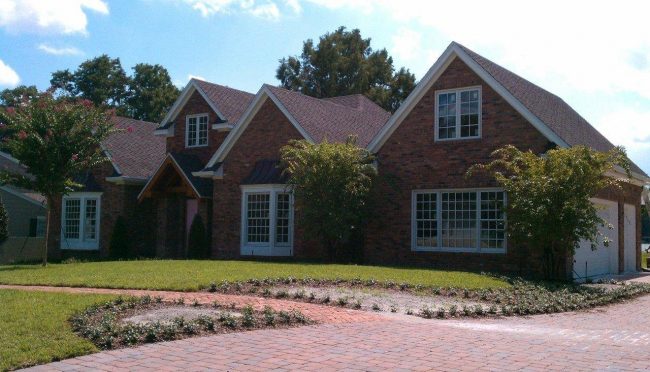 From lighting control to fully-automated platforms, Greg Hardwick’s custom homes have certainly evolved over the past eight years.

Every home is different, of course. In custom homebuilding there are no models or specs, so the ultimate product boils down to whatever the client is looking to accomplish. In the early 2010s, one of Hardwick’s clients asked him to use controlled lighting in the home.

It’s a move that ended up becoming a monumental learning experience and growth opportunity for the president and owner of Hardwick General Contracting, strongly influencing the future choices made within his company.

Learning from Past Mistakes

Incidentally, this wasn’t Hardwick’s first experience with controlled lighting. His first encounter with the technology involved the installation of what Hardwick deems a “flavor of the month” company, a choice that only resulted in headaches for the homeowner.

“Literally, within a year, the buttons were falling off of keypads,” says Hardwick. “These days, I feel like we’ve weeded out, and the industry has weeded out, those types of companies. We’ve now identified those top-tier companies with products that are going to be durable through normal residential use.”

One year later, Hardwick found himself working with a controlled lighting system that has remained his tried-and-true choice—Lutron Electronics. As Hardwick continues to expand his connected offerings in the home, he seeks other manufacturers that will stand the test of time with high quality components.

Hardwick cites an approach that stresses “systematic thinking and strong focus on the connected devices being installed.” First and foremost, he wants to make sure the technology being used is something that the client both desires and is educated on. Secondly, it needs to be something he can offer to these clients with conviction.

“Now that we’ve done this and been around the block a couple times, we are able to sell and discuss with more confidence the idea of expanding automated offerings,” says Hardwick, who now includes connected and controlled technologies such as shades, drapery tracks and showers.

Hardwick continues to recognize the value of all connected products being added to his arsenal of offerings. He promotes them consistently within his company and has showcased them via show homes, some of which have even won awards.

Additionally, collaboration has become an increasingly important aspect of Hardwick’s trade. He is always verifying—regardless of what technology is being used—that he, the integrator, the electrician and the interior designer are all seeing eye-to-eye.

He concludes, “We are now an active part of home technology in every project, whether it’s a kitchen renovation or a two-million-dollar custom home.”