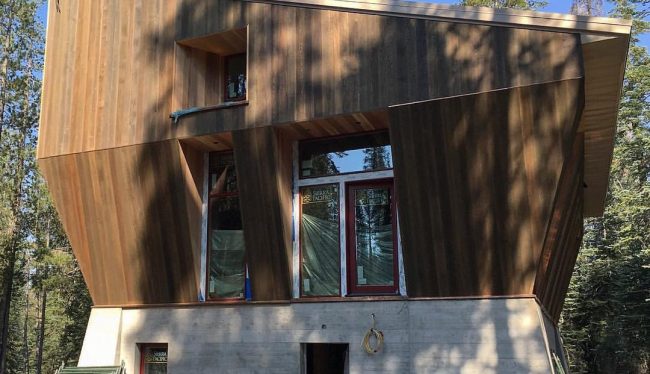 A custom homebuilder is learning the value of technology, integrator partnerships and client communication through his very first TecHome—a project complete with “all the bells and whistles.”

The rest is history … or rather, it will be history, considering the builder’s first TecHome is still in the midst of construction. “As far as technology goes, only structured wiring is installed. But in about three months, we’ll really get the ball rolling,” says Tennant.

As Tennant embarked on this venture to integrate technologies never before utilized in past projects, he immediately faced a challenge on the architectural end.

“I think there’s still a lot of resistance, especially on the architect side, of really not understanding what’s available out there and what the benefit can be with something such as a home automation system,” says Tennant.

During the first steps of this project, Tennant considers this one of the more difficult problems he faced, since technology was not in the architect’s original plans or specifications. Tennant needed to find the right way of introducing technology to both the architect and client without seeming overly aggressive.

“We really wanted to get everyone on board with the practical benefits of technology, as well as all the cool things the client might be interested in,” he says, adding that the client was far more interested from the get-go. “She was super receptive and it was a smooth process. I think she was easily able to identify the scope of what we wanted to do.”

“All the Bells and Whistles”

Tennant approached the client with an array of technologies he learned about through TecHome Builder events, and she eventually visited a showroom to view these innovations firsthand.

Through these events and the initial selling process, Tennant has learned a lot about how to do business. “It’s given me more comfortability in how to approach and propose these topics to the client,” he says.

This approach certainly paid off, as the builder doesn’t exaggerate when he describes this project as having “all the bells and whistles.”

The home is designed to include a Savant automation system, Nest thermostat, Kwikset smart locks, security and surveillance equipment from IC Realtime and Seura vanishing TV mirrors in two locations with a video distribution system via Apple TVs.

For most of these products, it’s the first time Tennant has ever integrated them into a custom home.

Home Theater with a Twist

Coolest of all is a planned home theater projection and screen system but with a twist. Rather than design the room for strictly media consumption, there will be a fair amount of open space for band equipment This will create a home theater/jam room combo.

As a bonus, a whole-house distributed audio system can take any live music performed in this room and give it the freedom to roam. “Say the client had guests or was throwing a party,” says Tennant. “This is a cool way for a band to be playing in one room, while the music travels all throughout the house.”

As he continues to work on this home and looks forward to integrating tech into future projects, the sweet sounds of all these bells and whistles is definitely music to the custom homebuilder’s ears.

In turn, Tennant’s bottom line is sure to sing along.