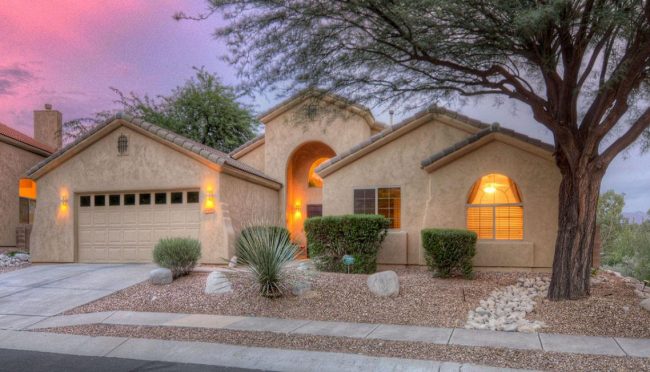 Pepper Viner, like many other mid-market builders, includes technology as standard … but with a unique twist.

Homebuyers get an iPad Mini with every purchase.

“They get it right when they sign the contract,” says Chad Williams, COO of Pepper Viner. “It manages their paperwork for them. Then, as soon as they move in, we program it to manage the home.”

The company takes its standard offerings to another level by creating customized tech packages on top of what is already included. Immediately after a home is framed, homeowners meet directly with integrators to discuss options.

“They meet with the integrator on site, and he gets to learn a little bit about what their lifestyle is, what their interests are, and he can cater a package for them individually,” says Williams.

Through standards and packages, Pepper Viner has certainly evolved since its very first TecHome. It has moved from Honeywell to Nest, Clare Controls to RTI Automation and features a standard “Healthy Home System” that tailors to specific HVAC and IAQ requirements.

An Invitation Leads to Trial and Error

The builder’s journey into the world of residential technology all began with a phone call and an invitation to be a part of the inaugural TecHome Builder Summit in 2014.

Williams had already been searching for something new and unique that could set his company apart from others in the industry.

At the event, Pepper Viner found exactly what it was looking for—inspiration. “We came. We loved it. We immediately implemented something in our subdivisions,” says Williams.

However, after implementing the 2GIG technology, it became immediately apparent this was not what he was looking for.

“We didn’t really like it,” says Williams. “So, we started trying to find some other avenues.”

These avenues led Williams and Pepper Viner to the second annual TecHome Builder Summit, where they continued to learn more about how to capitalize on the blend of building and technology. However, just before attending, Pepper Viner had already begun to dabble with a new TecHome endeavor.

It was opening up a new, higher end custom community called Stonebridge in the Foothills, which had Williams and crew partnering with automation platform, Clare Controls. This partnership allowed Pepper Viner to include Clare Controls as standard in the entire community, as well as speakers and lighting systems.

“We were the first builder and the first community in Tucson to have technology as an included feature in all of our homes,” says Williams. “It worked great and the community was well received. We sold it out.”

Williams jokes that Pepper Viner’s learning has also grown since his sales staff now knows what they are talking about. However, the potential homeowners listening to the pitch know a thing or two as well.

“A lot of people now understand the term ‘smart home,’ because they see so many commercials for Cox, Comcast and all of these other providers trying to market them stuff,” says Williams.

“People are now more educated on what a smart home is, or at least what they perceive as one.”

For Williams, that perception of what a “smart home” actually is remains up in the air and always developing. And as it continues to evolve, so will Pepper Viner’s business.