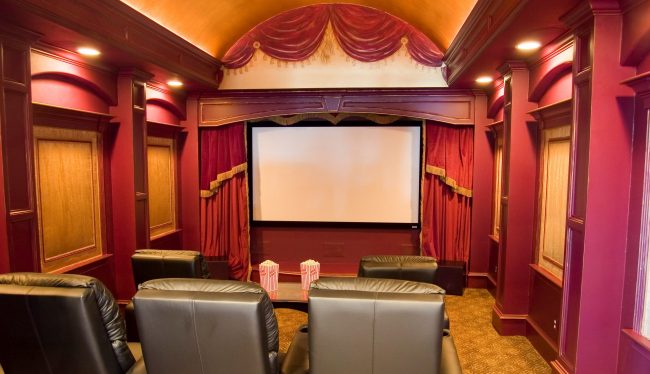 The TecHome turning point for Barry Hensley of NorthStar Luxury Homes came in 2007, when the builder constructed his very first home with a fully integrated system.

Looking around at the integrated CCTV cameras, thermostat controls, alarm system and luxury home theater within his company’s landmark home, Hensley reflected on the importance of integrators in this industry. Prior to 2007, the builder had worked with technology—from programmable thermostats in the nineties to a custom home theater in the early 2000s—but his tech offerings lacked the power and potential presented through an integrator partnership.

“None of [our technology] was integrated back then. It was all individual systems,” says Hensley, president of NorthStar. “People were coming out with components and features that they thought the public would want, but there was no such thing as ‘an integrator,’ at least not for us. We didn’t know about them and didn’t use them.”

As time progressed, the way NorthStar thought about including and installing home tech began to change.

From “Setback” Thermostats to Forward Evolution

Hensley’s experience with technology stems all the way back to before the innovative boom of the 21st century, where he installed programmable thermostats before they were even called “programmable.”

“They used to be called ‘setback thermostats,’” says Hensley. “They were originally designed so that when you left in the morning to go to work, it would set back to a predetermined temperature.

In other words, clients could set their thermostat to rise from 75 to 85 degrees as they left for work during the summertime, and as they returned home, it would “setback” to its original temperature.

Hensley has witnessed this entire concept evolve over nearly two decades of evolution, as thermostats can now program to homeowners’ every desire while connecting directly to Wi-Fi, Bluetooth and home automation platforms.

From here, Hensley moved into installing a custom home theater into one of his homes. This event, which occurred in the early 2000s, is what Hensley considers the first time he set foot into what he would deem “true home technology.”

This progressed into small evolutions for the builder’s TecHome trade such as beginning to incorporated audio distribution systems. But, in 2007, the next phase began.

Since its very first integrated system in 2007, NorthStar Luxury has made incremental improvements towards integration in all of its technology offerings. It currently offers a wide range of tech, including lighting, shade and irrigation control, automated garage doors and high-tech swimming pools.

However, Hensley notes that not all of his clients opt for these offerings. The top technologies demanded by NorthStar’s clients are security and surveillance devices, temperature control and custom home theaters.

Hensley credits his TecHome growth to a combination of things, from the education he receives through his local homeowners association to the unique events hosted by TecHome Builder.

When questioned about the most important thing he has learned during his experience in the TecHome industry, Hensley found the answer hard to pin down. Rather, he attributed his development to “incremental learning.”

He did note, however, the increased emphasis his business has placed on combining technology with building science. Since 2007, NorthStar has made major changes to its construction methodologies, embracing energy efficient structure, air tight envelopes, proper ventilation and more.

“All of this has been extremely instrumental in rolling the ball down the field. We keep improving and increasing the things we offer to our customers,” says Hensley.