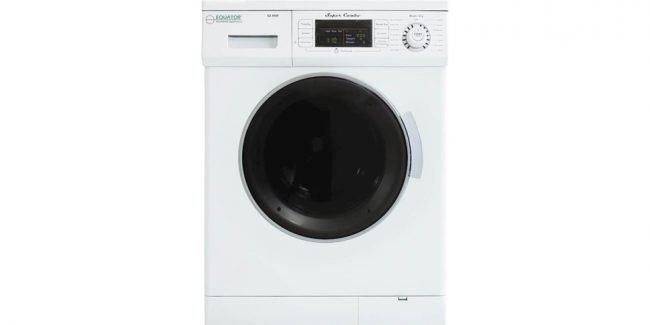 Winning the top overall Brilliance Award at the 2016 TecHome Builder Summit proved to Equator Advanced Appliances it is on the right track.

Twenty-six years ago, Atul Vir launched Equator Advanced Appliances with the goal of making the chore of doing laundry easier. Nearly three decades later, the company is continuing to innovate, with its achievements being honored at the 2016 TecHome Brilliance Awards.

Equator’s Super Combo Washer-Dryer EZ 4400 earned not only the Laundry Tech award, but also was recognized as the Top Overall Pick among entrants in all categories.

That always has been and continues to be the goal of Equator. The EZ 4400 is the eighth edition of the company’s combo washer-dryer. The first model in 1991 was a very basic system with buttons, knobs and venting technology.

Since then, Equator has strived to innovate and has found ways to consistently improve its product. Through multiple incarnations, the washer-dryer has evolved to include a condensing drying system, which uses cool water to convert hot air from the dryer into condensation, allowing it to escape down the drain instead of a vent.

The concept provides a solution for many builders, as it takes up less space than traditional washers and dryers and does not require a hole to be drilled into a wall. Vir says it’s an option builders have been wanting, and his company is in a unique position to be able to deliver.

Vir calls his company an underdog in a world with competitors like industry behemoths GE, LG, Samsung and Whirlpool. His consists of about 100 employees with a goal of creating solutions, rather than trying to become one of those multibillion dollar giants.

That’s why Vir says innovation is an ongoing process. And, he already has plans for his future models of the award-winning unit. The ninth generation of the combo washer-dryer will incorporate an automatic soap dispenser. The 10th will be Wi-Fi connected, which can alert users when their laundry is done and let the company know if there is a maintenance issue with the machine.

Even the 12th and 13th generations of the units are in the pipeline. Those may be as few as five years away and will include things like fingerprint or eye recognition to know how each member of a family generally does the laundry. Those are the kinds of advancements that help keep Equator on the cutting edge and earn it the Brilliance Awards.

“We do a lot of innovation, and when we do innovation, we like to present it and see whether it’s worthy of an award,” says Vir. “By entering into (the Brilliance Awards), it’s always good to have peers judge whether the work we think we are doing is valid or not. This proves to us that we are on the right track.”

As a smaller company, that type of recognition can be used as a tool to promote and separate itself from those large competitors. Equator highlights its Brilliance Awards wins on its websites and on fliers it distributes.

“We are a small, independent company and entrepreneur and we don’t have multibillion dollar budgets like the big firms,” says Vir. “So, we use this to explain to customers that we’ve been appreciated by our peers and it’s one more reason why you should buy our products.”