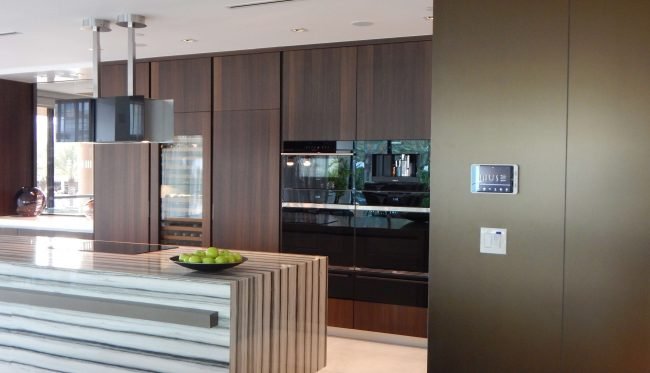 The goal is to create “a harmonized standard” across all new developments, and multifamily developer Property Markets Group (PMG) achieves these aspirations through a new strategic relationship with Savant.

The developer recently announced that Savant will provide the technology for its portfolio of developments currently under construction—from New York to Miami.

Tech as a “Competitive Differentiator”

Savant has become the number one platform choice for PMG’s developments. According to Luther Core, PMG’s director of technology, the company has always strived to be a tech-focused builder. PMG currently uses Savant in its condo projects, and has also partnered up with Lutron for lighting control.

Additionally, everything from A/V to HVAC comes standard in PMG properties.

Beyond this, PMG offers a custom “concierge application” for renters’ smart devices, where everything technologically related to the property can be controlled through this singular program.

“When I look at technology, it’s both a competitive differentiator, so that we can sell or rent more units, as well as a way to make living in our buildings a better lease,” says Brian Koles, director of brand and tenant experience for PMG.

Plucked from the tech startup world, Koles uses his software background to measure and improve upon what he refers to as “the user experience.” He is tasked with making sure that tenants in PMG buildings are living with simplicity, fun, excitement and overall happiness.

“We’re always learning, but frankly, we like to be the first one to do something,” says Koles. “So, a lot of what we do is taking what we see as successful in the single family world and applying that to multifamily.”

Standard Tech Prepares for the Future

An important single family concept that PMG has brought to the multifamily world is that of standard technology.

Both Core and Koles have learned from experience that people are often overwhelmed by having to choose their own technology. A primary reason for collaborating with Savant is so that PMG can integrate tech through a partner it knows is reliable, and this makes business easier for both the developer and its clients.

According to Koles, the time is now, not later, for builders to start implementing standard technology. “If you’re not doing things like this, your properties are going to be perceived as outdated,” says Koles.

Core elaborates on this idea, stating that PMG wants to help guide the industry in a direction that makes sense. “Your typical American home is still working off of late nineteenth century technology. So, being able to be at the forefront of making ‘smart’ standard is simply just preparing for the future,” he says.

However, including tech as standard is about more than just future-proofing.

A Commoditization of Smart Homes

“Traditionally, your [homebuyers’] control systems have always been at the high end of the market, but we know that there is going to be a commoditization of smart homes, at some point, in the fairly near future,” says Core.

This commoditization will lead to the industry creating smarter, more capable and more livable homes that people are more excited to live in. And this is PMG’s ultimate goal.

“We are at the forefront of that, in terms of making it a standard, and more builders are going to follow suit,” says Core. “Then, the prices are going to drop, and it’s going to be much more available to a broader spectrum of the public.”

For PMG, it’s all about the promise of creating a unified environment—the idea of having the home work for you instead of the other way around.

“We’re still not 100 percent there, but we are definitely making big strides to make that a reality,” says Core.