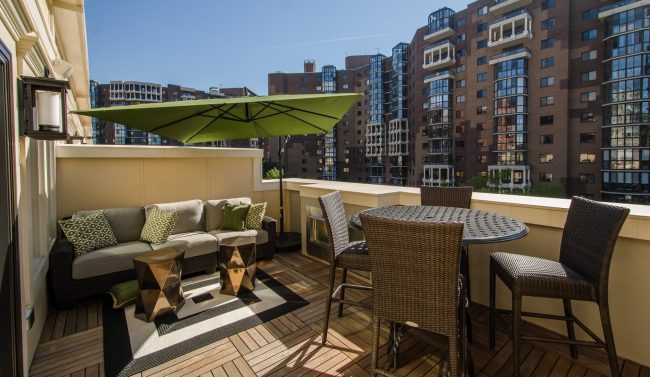 The 25-unit neighborhood boasts a walkability score of 96 out of 100, and regardless of a buyer’s age or inclination, this urban appeal is a major part of what draws them to the community.

But there is also the tech factor. “We try to include certain things that are very desirable,” says Jim Patton, director of sales for Rosslyn Key.

A fabulous outdoor terrace and optional elevators are amongst these included desires, yet from a high tech standpoint, Rosslyn Key excels with integrated systems from major names in the industry.

For security, Rosslyn Key uses the Alarm.com system. It’s connected and automated using Z-Wave technology. “People have really liked the connectivity of that, the ability to arm and disarm your system solely from the smart phone,” says Patton, who adds that residents have been prone to tying in thermostats and exterior cameras to the Alarm.com platform as well.

Patton also notes the immense popularity of whole house music systems among residents of Rosslyn Key, with Sonos being the most widely integrated. When potential residents are shown a model, it features a six room Sonos system package, which works with music apps such as Pandora, Spotify, Tidal and iTunes.

“It’s very convenient, user friendly, and I think it adds an awful lot to the home for a music lover,” says Patton.

Also popular in this realm are streaming video installations and HDMI runs.

Patton admits that the advent of Wi-Fi has certainly diminished the popularity of hardwired systems, yet Madison Homes, which created Rosslyn Key in a joint venture with The Resmark Companies, has been working with structured wiring for quite a few years.

Focusing on customer service, all prospective residents meet face-to-face with a low voltage contractor from Trinity Wiring & Security Solutions. Together, they discuss the standard smart home systems within each townhome, while also talking about the possibilities of customization. 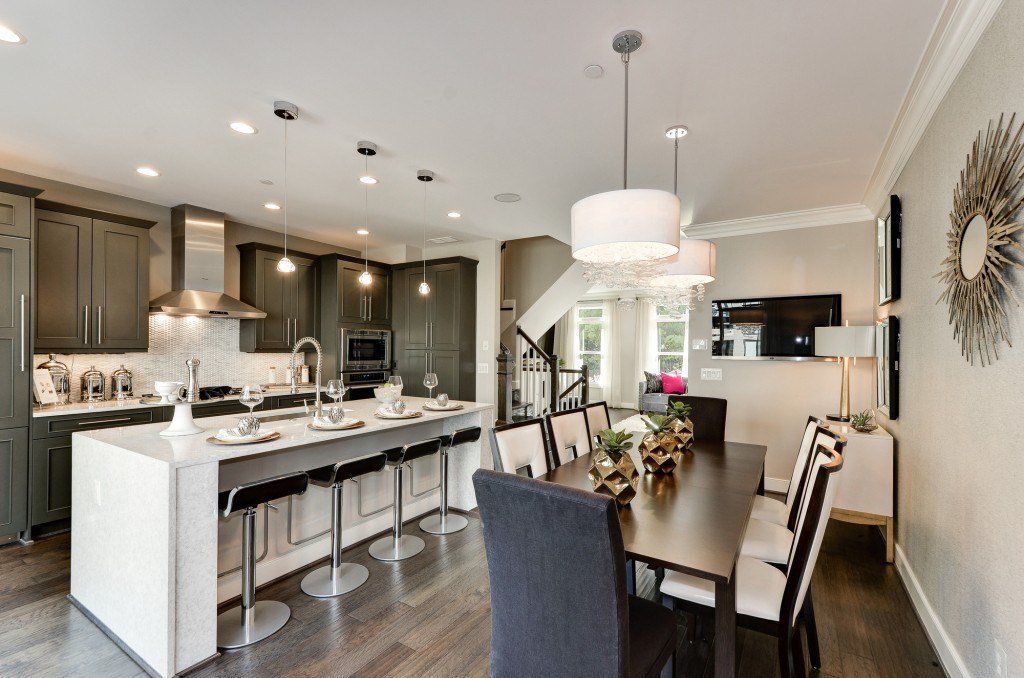 Rosslyn Key has currently sold 20 of its 25 units Patton says that the demographic often seeking the urban lifestyle offered through Rosslyn Key tend to be on either the early or ending stages of family development.

He notes that empty nesters are popular in the neighborhood, as well as quite a few attorneys and professionals, considering the high income area where Rosslyn Key resides. The pricing of the townhomes is typically in the $1.3 to $1.4 million range.