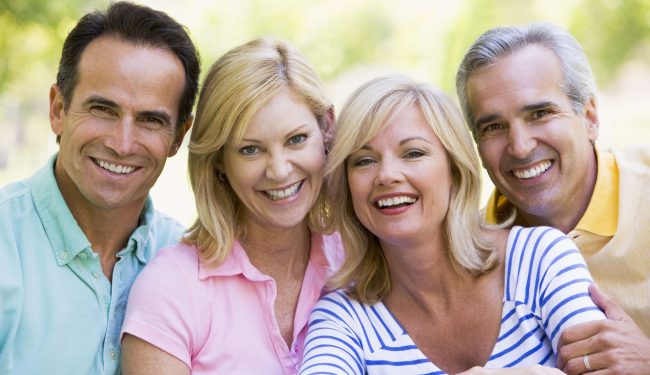 The rules have changed when it comes to active adult homebuyers, and Taylor Morrison is tapping into Baby Boomers’ wants and needs with the “Next Adventure Home.”

“There actually are no rules. They want it however they want it,” says Carol Thompson, Taylor Morrison’s national director, strategic sourcing – East.

But how exactly do they want it? This was a question Taylor Morrison was determined to find an answer to, which led to the formation of focus groups filled with 55-plus homebuyers. Those interviewed in these groups were either current Taylor Morrison customers or potential buyers.

The homebuilder soon discovered a common thread between most focus group participants—the rooms valued most by Boomers were the kitchen, the master bedroom and a guest room/living area. In fact, these rooms were non-negotiable to most homebuyers.

Even further, these active adults openly desire the concept of indoor/outdoor living with most people requesting a secluded backyard and maintenance included.

Other common trends among the focus group include a messy kitchen attached to the regular kitchen—dual rooms where elements of food preparation and entertaining guests can be separated—and laundry units connected directly to a closet in the master bedroom.

Home technology was also a prevalent desire among Boomer homebuyers, which may surprise builders who mistakenly associate emerging innovations as something only Millennial buyers want and request.

However, there’s a catch for Boomers—the technology needs to be easy to use. “They definitely want it, but they want it simple,” says Thompson.

Some of the technologies included in the Next Adventure Home are wireless security systems, lighting that senses and adapts to the homeowner and integrated automation technology such as smart thermostats, a doorbell intercom and more.

Boomers also showcased a strong desire to decrease their monthly utility bills, so technologies like tankless hot water heaters and low-flow water appliances were also placed into the home.

What’s the “Next Adventure” of this Home?

Taylor Morrison’s project specifically aims for the next wave of Boomer homebuyers, but the model home will be taking a journey as well. This upcoming January in Orlando, the Next Adventure Home will be showcased at the 2017 International Builders Show (IBS).