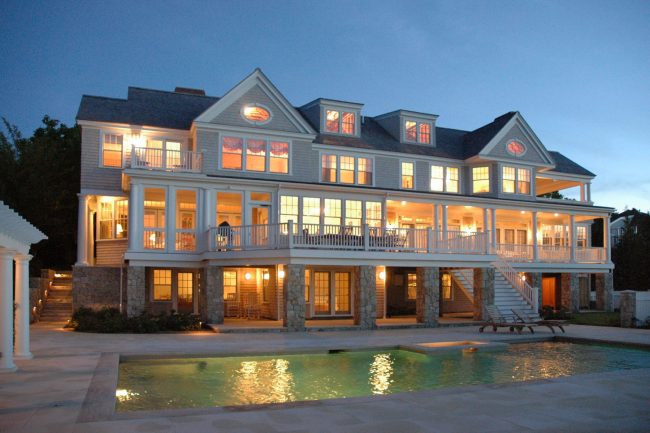 Taking the advice of his Builder 20 Club colleagues, Ralph Cataldo of Cataldo Custom Builders will be taking the next step in his tech education at the TecHome Builder Summit.

Sometimes, life can take a turn and put someone at an unexpected crossroads. And, the decision that person makes at that point in time can entirely reshape his or her life. Without having to make such a decision, one of the nation’s top custom homebuilders may never have gotten into the industry in the first place.

Ralph Cataldo, president of Cataldo Custom Builders on Cape Cod, Massachusetts, began his career in the high-tech industry. He spent his first 13 years out of college working for three major computer companies, starting as an engineer and working his way up to plant manager at a very young age.

Yet, as his career there was flourishing, his industry was dying. As computers became more compact in the early 1980s, there was no longer as big a need for manufacturing jobs. As a result, all the Massachusetts plants began to shut down. So, Cataldo had to find another career path.

Fortunately for Cataldo, he received six months off with pay from his company as compensation for extra hours. He decided to go down to the Cape where his father-in-law had a second home. He spent the next few months framing houses on the water.

“That’s when I got the bug for producing something very quickly without having to get 20 signatures in the corporate world,” recalls Cataldo. “I really got the bug for making things happen. It was great.”

The problem was that he was coming from a career in which he had a high salary and good benefits, which he had no way to offset in the building industry out of the gate. But, he had discovered what he wanted to do. So, he worked multiple jobs while starting his building company.

Over time, Cataldo’s reputation grew. And, as word spread around the Cape about the quality of his work, his business opportunities increased. In the 30 years since building his first house, he has become one of the top luxury custom builders in the country, even earning an award as America’s Best Builder in 2011.

There was a time that Cataldo would travel to Boston to build homes. He built five major estates in the city, but because he has established himself enough locally, he no longer needs to leave the Cape.

Now, he works almost exclusively with high-end clients who are building second homes, 98 percent of which Cataldo says are oceanfront properties. The houses generally land between 3,000 and 15,000 square feet and cost between $1 and $5 million.

Because these primarily are second homes, though, Cataldo finds buyers generally don’t spend as much on luxury items like high-tech equipment. Still, he says these clients want professionalism, speed and quality from their builder, and if they feel they are being treated fairly, they’ll be more open to those options.

“They will spend the money for extras or whatever they want if they feel like they can trust their builder and subcontractors and they’re getting a good deal,” he says. “They want things in their home to be more simple and user-friendly.”

Staying Ahead of the Curve

Cataldo says he recognizes the role tech is playing for his business and is constantly trying to stay on top of the latest trends.

“So, I have to go out of my way to stay ahead of the curve. Between my own self-training and the experience of my tech subcontractors, we have to make sure we can bring this stuff to the table and give the clients the option of what’s out there as of today and what’s coming down the road.”

He always starts with a smart thermostat for every home and a quality wireless network, which he calls the backbone to everything. He also likes to recommend Lutron lighting systems, full home audio, security systems with remotely monitored cameras, motion sensors and water detectors. Cataldo works closely with his AV installer to discuss the best brand options for each client and project.

Getting the Most Out of Tech

As Cataldo continues his quest to stay educated about all the latest tech options on the market, he now is turning to the TecHome Builder Summit. He is a member of the National Association of Home Builders’ Builder 20 Club, and several of his fellow group members have been attending the Summit for years.

They, too, want to be able to understand and offer the best tech options for their clients and have taken important information from the event in the past to help them accomplish that goal. Recognizing that Cataldo shares that ambition, they told him he needs to attend the event. So, he decided to take their recommendation for the 2017 Summit.

“I need to learn as much as I possibly can about what’s out there for smart home technology,” says Cataldo. “I just want to get more educated on the whole business so I can sound more credible and improve the quality of life for my clients. I can offer them more cost-effective alternatives to make life easier for them and their guests when they come down to the Cape. I can make the home more efficient, and I can simplify their life and make things really cool.”