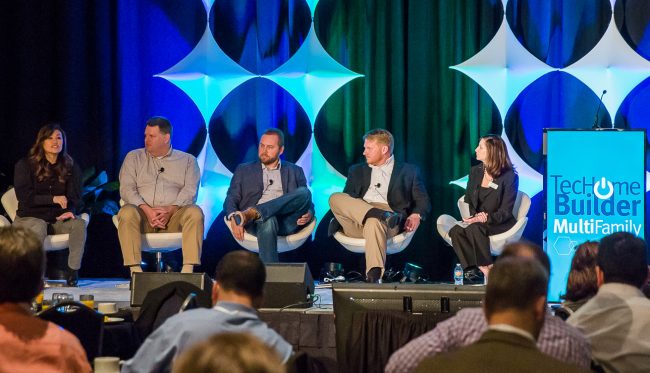 As millennials make up a growing segment of the rental population, multifamily building designs increasingly are reflecting their tech-forward lifestyle.

The use of smart home devices is becoming much more common in multifamily buildings, as the focus is shifting toward younger generations. More than two-thirds of millennials are now renting, and developers are beginning to realize they are expecting their apartments to meet their standards of connectivity and on-demand consumption.

According to IOTAS CEO Sce Pike, the mentality of the millennial and Gen Y populations is shifting. Access to value is much more important than ownership in all aspects of life. The younger generations are now expecting their living spaces to feature smart home technology and, before long, it likely will become standard as other amenities have in the past.

“It’s no different than having Cat5 or Cat6 in your building,” Pike states. “You have to provide internet now. Who would move into a building that doesn’t have the wiring for internet service?”

Pike says the IoT is helping to drive the next wave of standardization, and that some developers are now designing their buildings with that in mind. Some newer projects are including things like a designated ride-sharing zone and delivery drop-off location. These likely are only the start, as designs will advance even further as tech improves.

“What becomes truly fascinating is that these buildings will get redesigned to allow for potential drone delivery, maybe even robots that could assist in elder care,” Pike says. “Several companies are racing to make robots a reality.”

There also will come a time when tech will change how residents interact with the building on the inside. It can be used to give residents more awareness of their environment and a better understanding on a basic level of what’s happening in their building.

For instance, a gym can be outfitted so tenants are able to tell how occupied it is without having to go all the way there. That same tech, which can be integrated with a treadmill, also could be used for things like cars.

“Maybe that building has five different types of cars for a resident to use,” says Pike. “One is a Jeep for weekends. One is a convertible for beach days. One is more of a utilitarian truck. So, being able to integrate reservation systems with car-sharing, being able to understand shared interest on a community level and being able to do marketplace exchanges, I think that will become something that’s easier to manage.”

Using tech in multifamily developments on such a widespread basis may not be far off. Pike believes these tech advances could be more mainstream in as few as the next two years. She hopes when it does, it helps bridge the gap between the residents themselves.

“I’m hoping that technology actually will bring the community closer together,” she says. “Where if you have more data about your neighbors that they choose to share, it could help to create a better sense of community. I think the one thing that’s really lacking and really hard to find in apartment living, because people move so often, is that sense of community. And, the core value of what we’re trying to do is bring that together.”